It’s really no secret that since Frozen’s release, it has become phenomenally popular. Kids, adults, and everyone in between fell in love with the storyline, the songs, and of course, Olaf the snowman. Released in 2013 (can you believe it?), and it is still a popular choice by Disney fans everywhere.

Whether you’ve seen the movie once, ten times, or even a thousand times, would you consider yourself a true Frozen know it all? I’ve put together 50 Frozen questions and 50 Frozen 2 questions, some that are incredibly obvious and others that only true Frozen fans will know the answer to.

There’s a Frozen trivia section for you at the end of the post too! So, grab a pen and paper, write down your answers and let’s see whether you’ve been paying attention.

Q: Who is the older sister, Elsa or Anna?

Q: What is Sven’s favourite snack?

Q: Finish the sentence “Some people are worth ____ for”

Q: Which character was raised by Rock Trolls?

Q: Sven is what kind of animal?

Q: What is the name of the kingdom that Elsa and Anna live in?

Q: What is the most iconic song in the entire Frozen movie?

Q: Elsa accidentally hits one character twice with her ice magic, who is it?

Q: What is the name of the villain that Anna falls in love with?

Q: How did Elsa and Anna’s parents die?

A: In a shipwreck

Q: Which character owns the Trading Post and Sauna?

Q: What is the name of the Troll King that rules the Valley of the Living Rock?

Q: What body part did Elsa first freeze of Anna’s?

Q: Why did Anna relocate to the colony of the Trolls?

A: Because Elsa accidentally injured her with magic

Q: What did Anna need to find in order to melt the ice from her heart?

Q: How many buttons are on Olaf’s body?

Q: What food do Elsa and Anna smell at Elsa’s coronation that they say they love?

Q: The gates of the palace were closed for how many years before Elsa’s coronation?

Q: What song does Kristoff sing?

A: Reindeers Are Better Than People

Q: What does Kristoff do for a living?

A: He is an ice harvester

Q: Who does the Duke of Weselton call a monster?

Q: What is the name of Elsa and Anna’s mother?

Q: What is the opening song to the Frozen movie?

Q: What is Oaken’s iconic line in the movie?

Q: What animal does Olaf dance with when he is singing his song about summer?

Q: How old is Elsa in Frozen?

Q: How old is Anna in Frozen?

Q: When was Frozen released?

Q: What year was Frozen 2 released?

Q: Where did Elsa and Anna’s grandfather die?

A: In the Enchanted Forest

Q: What is the name of the large, somewhat scary snowman that Elsa creates to drive Anna away from the Ice Palace?

Q: What colour eyes do Elsa and Anna have?

Q: How many salad plates do Elsa and Anna own?

Q: What is the colour of the jewel on Elsa’s coronation cape?

Q: After Elsa breaks Arendelle’s eternal winter, how does she stop Olaf from melting?

A: She creates a snow flurry that follows him everywhere

Q: How many brothers does Prince Hans have?

Q: Where does Elsa build her Ice Palace?

A: The North Mountain

Q: What is Elsa’s greatest enemy?

Q: What is the name of Anna and Elsa’s dad?

Q: Which country inspired the design of Arendelle?

Q: Frozen was based on a fairytale by which well-known author?

Q: What present does Anna give Kristoff?

Q: In the movie, a much-loved Disney character makes an appearance as a stuffed toy. Who was it?

Q: In total, there are 5 movies in the Frozen franchise, what are they called?

A: Frozen, Frozen 2, Frozen Fever, Myth: A Frozen Tale, Once Upon a Snowman, Olaf’s Frozen Adventure

Q: What is Elsa and Anna’s surname?

Q: How many times did Kristoff try to propose to Anna?

Q: How does the wind spirit show itself?

Q: Which character retells the story of Frozen in Frozen 2?

Q: What is the name of the salamander in Frozen 2?

A: Jennifer Lee and Chris Buck

Q: What is keeping people out of The Enchanted Forest?

Q: There is a reindeer lover in The Enchanted Forest, what’s his name?

Q: What is the name of the wind spirit?

Q: How many years older is Elsa than Anna?

Q: What is the name of the sea that Elsa must face on her journey?

A: The Dark Sea

Q: What are the four elemental spirits?

A: Fire, wind, earth, and water

Q: What character was trapped in The Enchanted Forest?

Q: What game were Elsa and Anna playing at the start of Frozen 2?

Q: When was Frozen 2 released?

Q: What are the Earth Giants made from?

Q: What is the name of the water spirit?

Q: What name does Olaf randomly say when he walks through The Enchanted Forest?

Q: Which magical river was believed to be a myth?

Q: Who does Kristoff propose to?

Q: What word couldn’t Elsa act out when they were playing charades?

Q: How many Academy Awards did Frozen 2 win?

Q: Pabbie warns Elsa and Anna about what?

A: That Arendelle is not safe, and to protect the future, past wrongs must be righted

Q: What are Olaf’s eyebrows made of?

Q: How many songs are in Frozen 2?

Q: Who saves Elsa when she freezes to death?

Q: What is the fifth spirit?

Q: Who does Elsa make friends within The Enchanted Forest?

A: The little fire spirit lizard

Q: What does Grand Pabbie fear?

A: That Elsa’s powers are too much for this world

Q: What do Elsa and Anna find on the wrecked ship?

A: A map to Ahtohallan and a note from Elsa’s mother questioning the source of her powers

Q: Why did the Arendellians build the dam for the Northuldran?

A: To reduce Northuldran resources

Q: The water spirit was what kind of animal?

Q: Who is the leader of the Northuldra tribe?

Q: What is the name of the fire spirit?

Q: When Anna is at her lowest point, what song does she sing?

A: The Next Right Thing

Q: Every Arendellien ship contains what?

A: A waterproof hatch

Q: Which lullaby does Queen Iduna sing to Elsa and Anna?

A: All is Found

Q: How many minutes long is Frozen 2?

Q: Who does Anna enlist to destroy the dam?

A: The Earth Giants

Q: What brought the kingdoms together at the end of the movie?

Q: Who saves the king in Frozen 2?

A: Elsa and Anna’s mother, Iduna

Q: Why did the King and the Queen go on the ship?

A: To find out the truth about Elsa

Q: Who played a trivia game on the way to The Enchanted Forest?

Q: Who was Olaf with when he flurried away?

Q: Which indigenous group were the Northuldra modeled after?

Q: When does Elsa hear the magical voice?

A: Before the song “Some Things Never Change”

Q: Who voiced Elsa and Anna’s mother in Frozen 2?

Q: What happened when Kristoff and Olaf tried going through the mist that surrounded the Enchanted Forest?

A: Kristoff and Olaf were knocked back by the mist

Q: Who was responsible for the battle between the Arandellians and the Northuldrans?

Q: Who sings Into the Unknown in the credits for Frozen 2?

How did you get on with the Frozen questions, are you the ultimate Frozen fan or do you have some revision to do? Here’s some Frozen trivia to help you along your way! 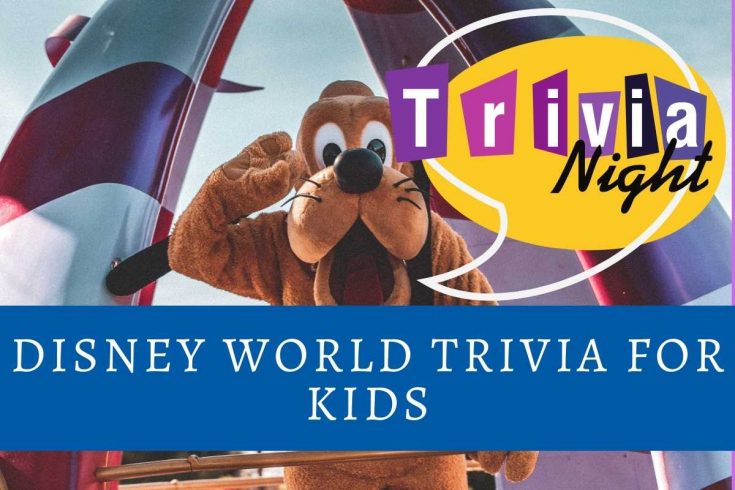 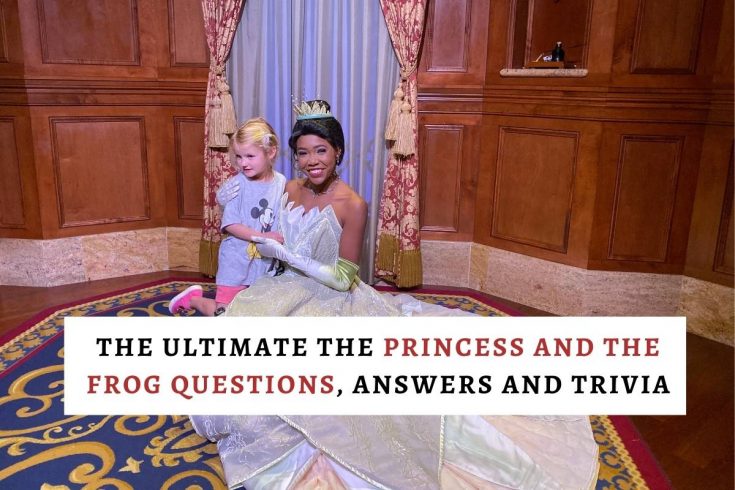 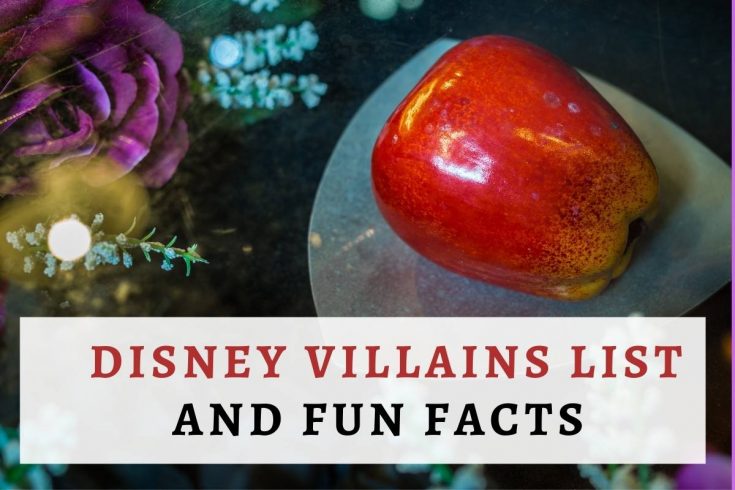 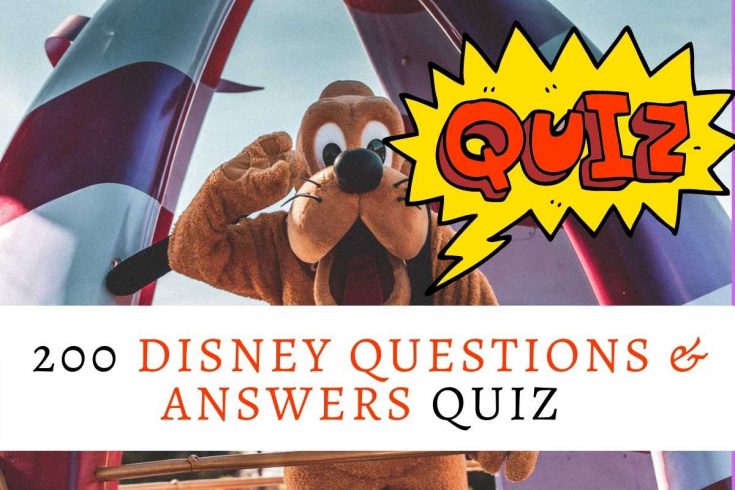 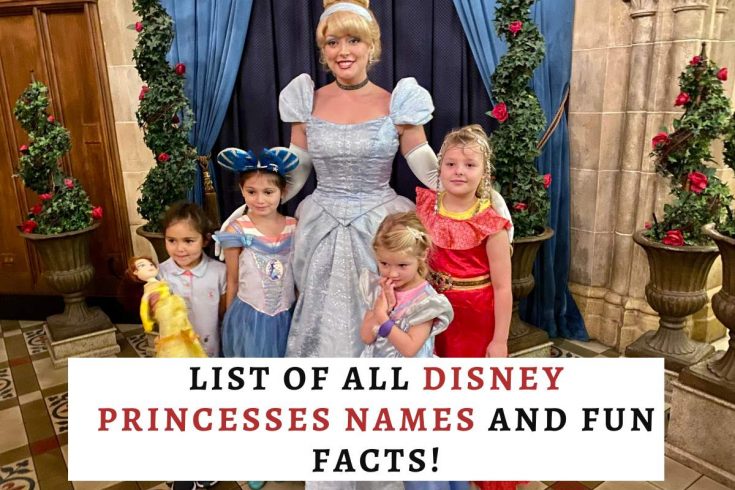